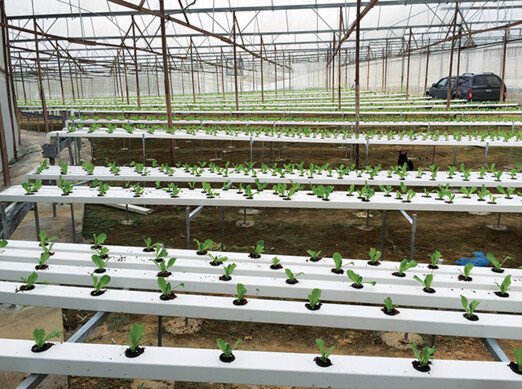 "Hydrogen peroxide, which is hydrogen and oxygen, does not form any by-products when you're adding other chemicals."

The Cameron Highlands is situated in Pahang, West Malaysia, approximately 85-kms from Ipoh and about 200-kms from Kuala Lumpur. At an elevation ranging between 1135-metres to 1829-metres above sea level, it is the country’s highest point accessible by road.

In the midst of this is Cameron Highlands’ hydroponic lettuce farm, which has become a popular tourist attraction since opening in 1990.

Hydroponics is a branch of agriculture where crops are grown in water instead of soil. Depending on which of the six types of hydroponic systems are used – Drip, Ebb and Flow, NFT (nutrient film technique), Wick, Water Culture and Aeroponic – the plant's roots are either suspended in, flooded with or misted using a nutrient-rich solution that enables the plant to grow. 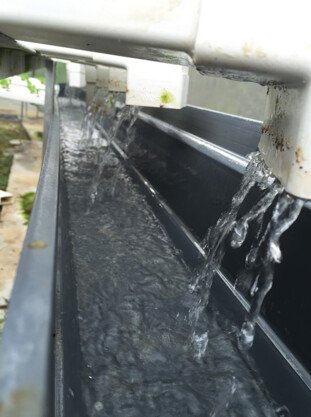 CLEAN FLOW: The clean drain within the hydroponics operation that was previously plagued with algal growth.

“The challenge with this massive farm involved the open water races and drains, which is essentially a network of long channels where each lettuce is individually grown and fed,” explains Hydroxypure inventor Nick Briscoe. “The channels were filling up with algae and, when lettuce gets bacteria in it during the propagation phase, it dies very quickly once it’s picked.”

A further challenge involved the lack of quality starting water in Malaysia. Domestic sewage, livestock farming and other liquid organic waste products are said to be responsible for a large number of polluted waterways throughout the country.

Surmises Nick: “So we had three challenges to address – one was cleaning up the water races as they were getting clogged up with algae, two was creating a healthier lettuce that would last longer after it was picked, and three was improving propagation time.”

Two trials using Waterco’s Hydroxypure filtration system was set up using food grade H2O2 at 35 per cent: Trial 1 was small scale with 100 crops, while Trial 2 involved a larger scale involving 16,000 crops spread out over one acre.

With both trials, the objectives were as follows: 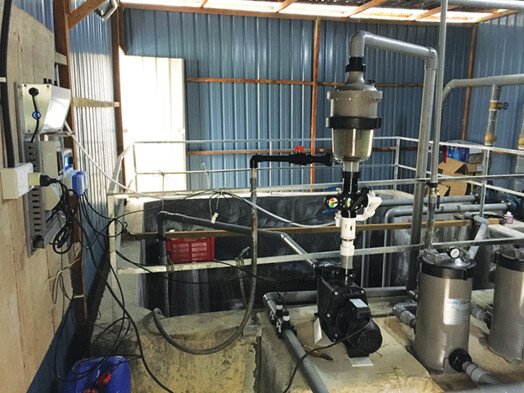 The Hydroxypure installed at the Cameron Highlands’ hydroponic lettuce farm in Malaysia which is helping to improve hydroponic water quality and efficiency.

Hydroxypure’s hybrid ozone technology stimulates the action of the sun by generating a high-intensity wavelength of light, which in turn produces a clean form of ozone that is free of impurities. The natural flocculating effect that ozone has on water greatly increases the capability of the filtration system to be able to filter out oxidised contaminants in the water, leaving hydroponic water clean and crystal clear. 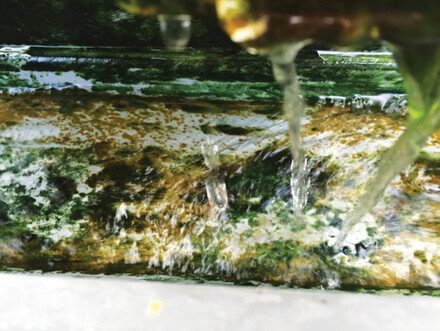 Algae build-up in one of the hydroponic drains that caused problems for the entire system.

“Hydrogen peroxide, which is hydrogen and oxygen, does not form any by-products when you’re adding other chemicals,” says Nick. “This enabled us to achieve positive results on the hydroponic farm without upsetting the other growing systems.”