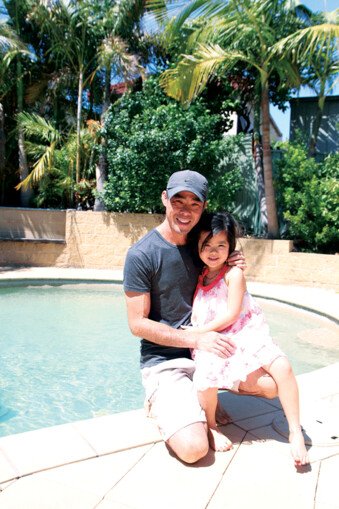 Hydroxypure system takes the stress out of swimming for Sydney father

"We are very happy with this new system; it takes the stress out of swimming."

For most, a dip in a backyard swimming pool provides welcome relief from a hot and humid summer’s day; for Robert Chan, the prospect of an afternoon swim is not appealing at all.

Robert is one of seven million Australians who suffer from eczema, a condition that causes ‘flare ups’ of red, dry, itchy and sometimes blistery skin, which can last for several days. These flare ups can be triggered by a number of factors that are unique to each person, but can include weather changes, pets and household pests, cosmetics, shampoos and lotions, tobacco smoke, plus a variety of foods and chemicals.

For Robert, who describes his own condition as “more than moderate” eczema, the chlorine in an average swimming pool is a particularly bad trigger, leading to his eventual decision to avoid swimming altogether.

“The few minutes of relief from the heat isn’t worth the days of red, bothered skin that follows,” he says. “I swim in the ocean when I can, but never a chlorine pool. When I used to go in, I had to jump straight in a shower to rinse the chlorine off me, followed by steroid and moisturising creams.”

This process also had to be adhered to by his five year old daughter, Jordyn, who also suffers from eczema.

Robert admits it was difficult to treat Jordyn after she swam.

“It’s just an added stress,” he says. “Jordyn went through a phase of not wanting to swim at all because she didn’t like how her fun was cut short by the need for a shower immediately after, and how her skin reacted.”

But since a new Waterco chlorine-free pool was installed in their backyard, Robert and his family “can spend all day in there” without the worry of an eczema flare up. 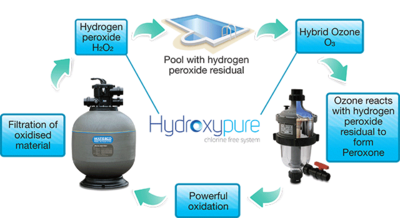 “We tried a salt water chlorinator previously, but I still felt worried about the way my skin would react to that small amount of chlorine,” he says. “We are very happy with this new system; it takes the stress out of swimming. We can relax after getting out of the pool instead of going through the stressful process of trying to get a young child into the shower and covered in cream.”

This system has the potential to help many other families like Robert’s, whose members suffer from eczema and find it difficult to swim in a chlorine pool without it resulting in days of itchy, red and flaky skin.

There has also been another most surprising benefit from using a chlorine free pool.

“We have also found that since Jordyn has been swimming at home in the chlorine free pool, her eczema is not as bad when she does have to go to her swimming lesson at the local pool, which is a normal chlorine pool,” says Robert.