Seals are now more content, happy and they have a cleaner environment to live and play in 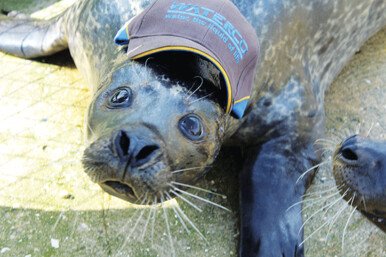 "Waterco products have shown themselves to be very effective in catering for sea animals such as seals at various other wildlife parks and zoos all over the world, which made them an obvious choice for this project."

Just 50 metres from the North Sea, on the East Coast of the United Kingdom, a small wildlife sanctuary is making a big difference to the lives of animals that might have otherwise perished.

Mablethorpe Seal Sanctuary and Nature Centre is a charity-run facility that is celebrating its 40th year of operation this year. Since its establishment in 1974, around 1000 seals have been rescued and rehabilitated in the onsite hospital.

The multiple seal pools are home to several rescued seals that cannot be released into the wild due to permanent injury or reliance on human care. Set on two and half acres of sand dunes, the sanctuary provides an ideal environment for the seals, as it is free of predators and pollution.

However, the seals were not always so happy in their environment; the facility previously hired all the equipment for its filtration system, and according to Dennis Drew, the centre’s director, it wasn’t quite up to scratch.

“Originally we were hiring a filtration system which was not only expensive but did not really do a good job in filtering the water,” says Dennis. “The seals are impacted by the cleanliness of the water. With the new system, they are now more content, happy and they have a cleaner environment to live and play in.”

Due to nature of the organisation, it was difficult finding a suitable system to fit the budget; however, Waterco provided the products, which included an 70XL Commercial MultiCyclone, two Micron SMDD 1050 fibreglass filters, three Hydrotuf pumps and glass media, for a reasonable cost.

“We were more than happy to help out by providing the necessary equipment and installation within their budget for such a great cause,” says Tony Fisher, managing director of Waterco Europe. “The products were recommended because of previous installations of Waterco filtration systems in enclosures for seals, penguins and crocodiles at other leading UK zoos where great results were achieved.”

These particular Waterco products have shown themselves to be very effective in catering for sea animals such as seals at various other wildlife parks and zoos all over the world, which made them an obvious choice for this project. 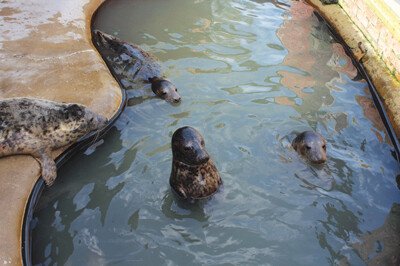 With the new system, they are now more content,
happy and they have a cleaner environment to live
and play in.

Waterco’s Commercial XL70 MultiCyclone has been specifically designed to handle larger water capacities, while the Micron SMDD 1050 filter improves the filtration efficiency over standard high-rate filters by providing enhanced in-depth filtration, a superior lateral under drain design and increased dirt capacity. The three Hydrotuf pumps work to reduce maintenance with its large capacity 2.25L strainer basket, making it ideal for bigger pools such as the seal pools at Mablethorpe.

The owners and operators of the Mablethorpe Seal Sanctuary are very happy with the installation of the Waterco filtration system. They are now experiencing a myriad of benefits, including better water quality, not to mention having a filtration system designed specifically for the seal pools. An additional benefit is that they are now saving money through their ownership of the filtration system being used. 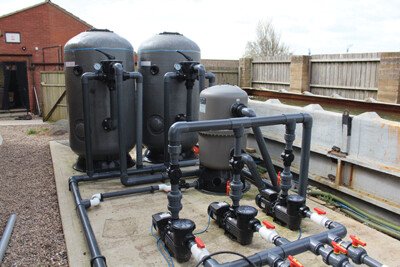 “Cleaner and better looking water is beneficial for both the seals and the visitors when looking at the seals in the water,” explains Dennis.

To find out more about the Mablethorpe Seal Sanctuary,
visit www.thesealsanctuary.co.uk

At a glance: Mablethorpe Seal Sanctuary